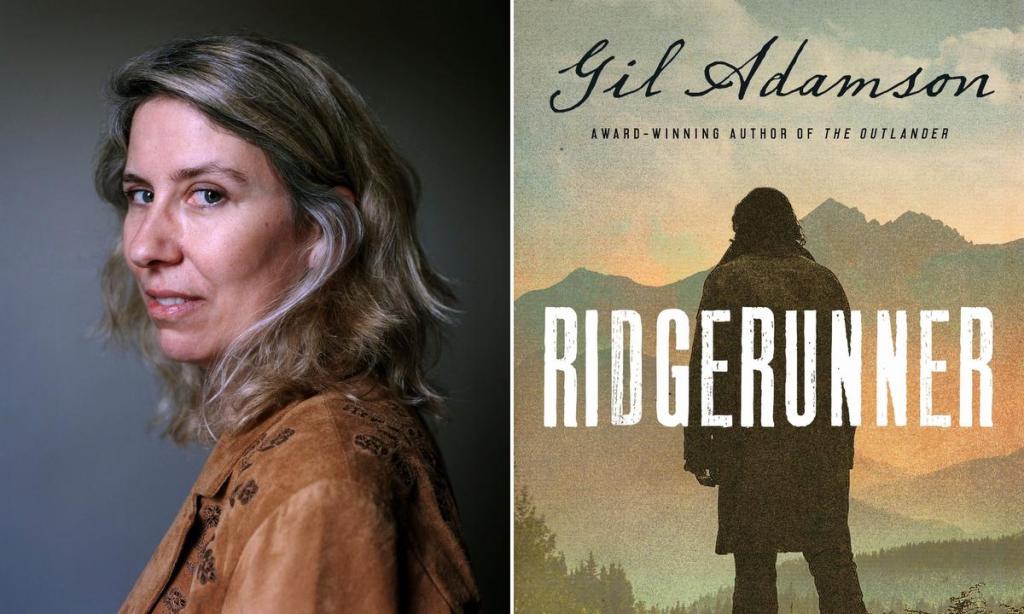 When I read the synopsis of Ridgerunner by Gil Adamson, I wasn’t sure it was something that I would be interested in, but I am glad to say that it reined me in almost from the first page. This is definitely not a book for someone who needs a high energy, fast-paced read. Rather, it will satisfy a reader who is looking to luxuriate in language and feel the slow burn of a plot that unwinds in an unhurried pace. Adamson’s writing is breathtaking! The way she describes the most mundane scene makes it pop off the page and engages the reader in the intensity of her imagination.

The story is not complicated and yet as it unravels, there are twists and turns that are unexpected. William Moreland is a loner, a man of the land, who had a wife and son he adored. Theirs was a family living off the grid in the mountains outside Banff. Moreland’s wife Mary and their son Jack accepted the need for their husband/father to break free and lived quite happily and independently during his absences.

Early on, we witness Jack’s struggle to survive a devastating illness and Moreland’s grief at the loss of his wife and the precarious state of his son’s existence. In desperation, Moreland enters into an agreement with a nun that will change their lives forever. While at first glance, the arrangement might be seen to be in Jack’s best interest, it ends up feeling like incarceration to the twelve year old lad and he becomes focused on breaking free of the tentacles that hold him down and work to blot out the memory of his previous life. Moreland too has a mission which is to gather enough money for his son that he can have the future that he desires and deserves.

With help from unsung heroes, both Jack and his father find their way through the perils and pitfalls that face them as they try to find each other and a semblance of the life they once had.