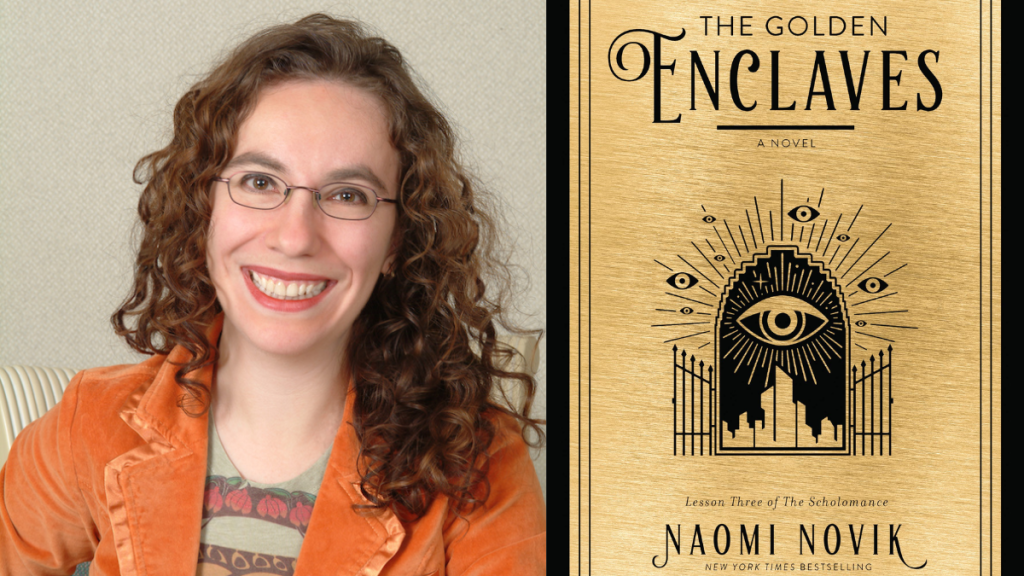 Did you ever think while reading the Harry Potter series “gosh, this school seems so outrageously dangerous, why would anyone wizarding family in their right mind send a child here?” If so, you had a similar thought to Naomi Novik at the conception of her most recent series The Scholomance, which very recently concluded with the release of The Golden Enclaves this past October. Set in our contemporary world (but of course with wizards), it posits that the only sane reason to continue to enroll one’s children at such a mortally perilous institution is if the outside is even worse. Being a spellcaster is incredibly dangerous in the world of The Scholomance – even adult wizards are frequently picked off by a wide range of magical monsters and enemies known as maleficaria (or mals, for short). And children? Even worse. Their latent, uncontrolled magic makes them veritable delicacies for mals. In order to protect themselves, the magical communities of the world have set up enclaves, sort of pocket dimensions opened by magic. Separated from the physical world and accessible only through a few small entrances, enclaves are easily guarded and comparatively safe. The Hogwarts stand-in, that eponymous Scholomance, is a particularly large version of this that houses wizard children through roughly their high school years (when they’re the tastiest to mals).

Except, it doesn’t fit all of them. That would be too convenient. There’s a huge material disparity between the haves and have-nots in the magical world, manifesting mainly in their access – or lack of access – to mana, a sort of magical currency (want a spell? Spend mana). Novik operates this as a very poignant parallel to the socio-economic disparities in our mundane world. In the novels, the established and powerful have control of all the enclaves plus most of the mana, while entrance for your average indie wizard is a lifelong desperate slog. Even within the Scholomance, enclave children have access to infinitely better equipment and mana sharers handed down, while those born less fortunate must scrape by with only the magical energy they can carry. It’s a brutally and constantly unfair system; one in dire need of challenge. Enter our protagonist: Galadriel “El” Higgins.

Full disclosure, I was never one for anti-heroes. At first, I was dubious about El. She is righteously and incredibly angry all the time, doesn’t trust anyone, and oh so pleasantly has a prophesied future as an unspeakably powerful dark sorceress always dangling like a sword of Damocles over her head. And yet, El is one of my favorite characters to read in years! The reason is, of course, that she’s not really an anti-hero. Over the three novels, you realize that El is a heroic and selfless person with an incredibly strong personal moral code. She’s just really rather angry about it all. And she’s right! So often I would sit back after reading one of Novik’s beautiful little soliloquies of internal monologue and be unable to shake how clear and reasonable El’s anger is. The fire, that drive, is what pushes the plot forward and unravels the dark secrets of her magical world all with the urge to be better than what the system expects of her.

Novik’s critique of “the system” is not simplistic by any means. All three books, especially The Golden Enclaves, really dive into the mix of responsibility both individuals and systems have for atrocities. El must reconcile her views of fairness and morality against the desperation and limits of the fleshed-out people in front of her, allies and enemies alike. No one in this series is comedically evil nor perfectly righteous, and the result asks some complex questions of a reader. What are you willing to sacrifice for your safety and, most poignantly, the safety of your children? And what happens when that safety comes at the cost of someone else’s children?