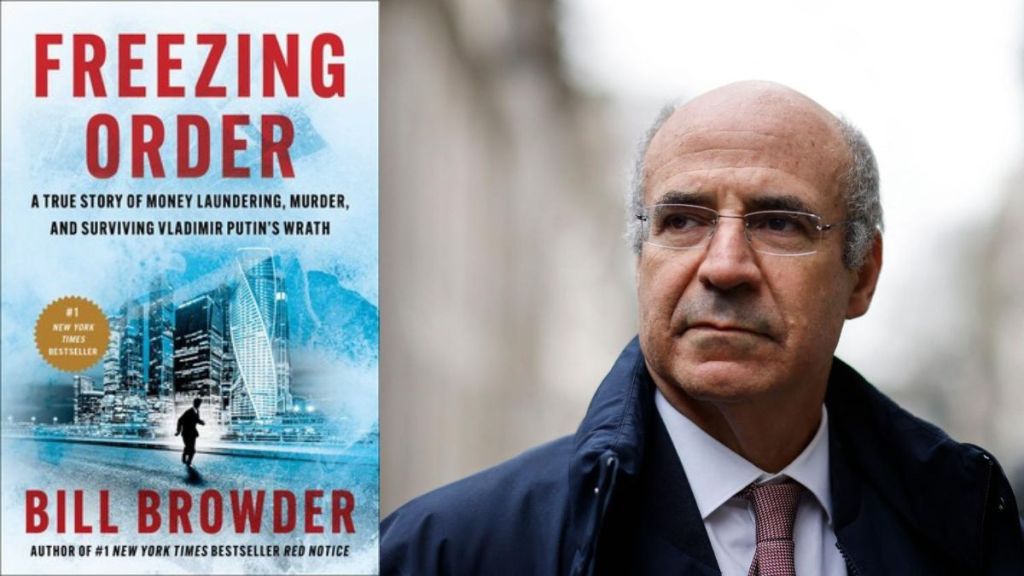 Political thrillers are a very popular genre at the library. There are too many authors to list here but suffice to say, the publishing world has done very well with this sort of fiction. Freezing Order: A True Story of Russian Money Laundering, Murder, and Surviving Vladimir Putin’s Wrath by Bill Browder is a political thriller that will knock your socks off for many reasons but mostly because it is a true story!

In 2009, in the wake of the murder of Sergei Magnitsky, the Russian lawyer for Bill Browder, CEO of Hermitage Capital Management, Browder makes it his mission to uncover the vast money laundering network within Putin’s regime.

You may be aware of the Magnitsky Act, a Global law that allows countries to freeze the assets of government officials worldwide who are guilty of human rights offenses. Since Russia’s invasion of Ukraine, we have heard a lot about the Magnitsky Act sanctions put on Russian oligarchs loyal to Putin, effectively freezing their assets in Canada and around the world.

Browder’s story lays the framework for how this legislation came into being amidst the trail of money laundering and murder that is endemic in Putin’s Russia. From 2009 to 2018, Browder’s huge team of relentless investigators, lawyers and  law enforcement personnel uncovered and made public the massive money-laundering schemes that robbed the Russian people of billions and billions of dollars. Throughout those tumultuous years, the retaliatory actions of the Soviet regime were inconceivable and horrifying and Browder’s continuing survival is a testament to the adage ‘right over might.’

I could not put this book down! It is  well-written and very easy to follow despite the financial and legal nature of the subject matter. This is a story of grief, courage, determination and perseverance at a time when we all need a little goodness in the world.