Mike Chen’s We Could Be Heroes begins when a man calling himself the Mind Robber single-handedly pulls off a bank heist using a power he calls the brain-stun while using uplifting self-talk throughout. He reminds himself to snarl at the tellers, to use a menacing accent to keep everyone in line and move his arms in a way that he is sure makes him look like an authentic villain.

It’s difficult not to feel sorry for this amateur superhero, until he is able to smoothly escape from the bank and the clutches of the powerful superhero known as Throwing Star and return to his apartment so that he can sort the piles of money. Well, he would have had a harder time in evading Throwing Star, but she had spent the morning drinking too much and only decided at the last minute to throw on her homemade superhero gear and look for crimes to stop.

It’s hard to know who to root for at first with this novel. The charming supervillain with a clumsy cat or the ill prepared superhero who made her own costume and delivers fast food part-time? The layers that Mike Chen builds into We Could Be Heroes are what makes it a book that you read through once, become friends with the characters, and then go back and read again.

Mike Chen really knows his superheroes and throws all of the tropes he can into this story – they battle an evil villain you love to hate, they jump from rooftops, trees, moving cars, the Throwing Star is so strong she can kick her way through concrete walls, and they have the ability to fight entire battalions of henchmen with powers that are invisible to the eye. The action in this novel is spectacular – worthy of any big budget film that we’ve seen in the theatres, but the friendship that builds between the two heroes is its real strength. 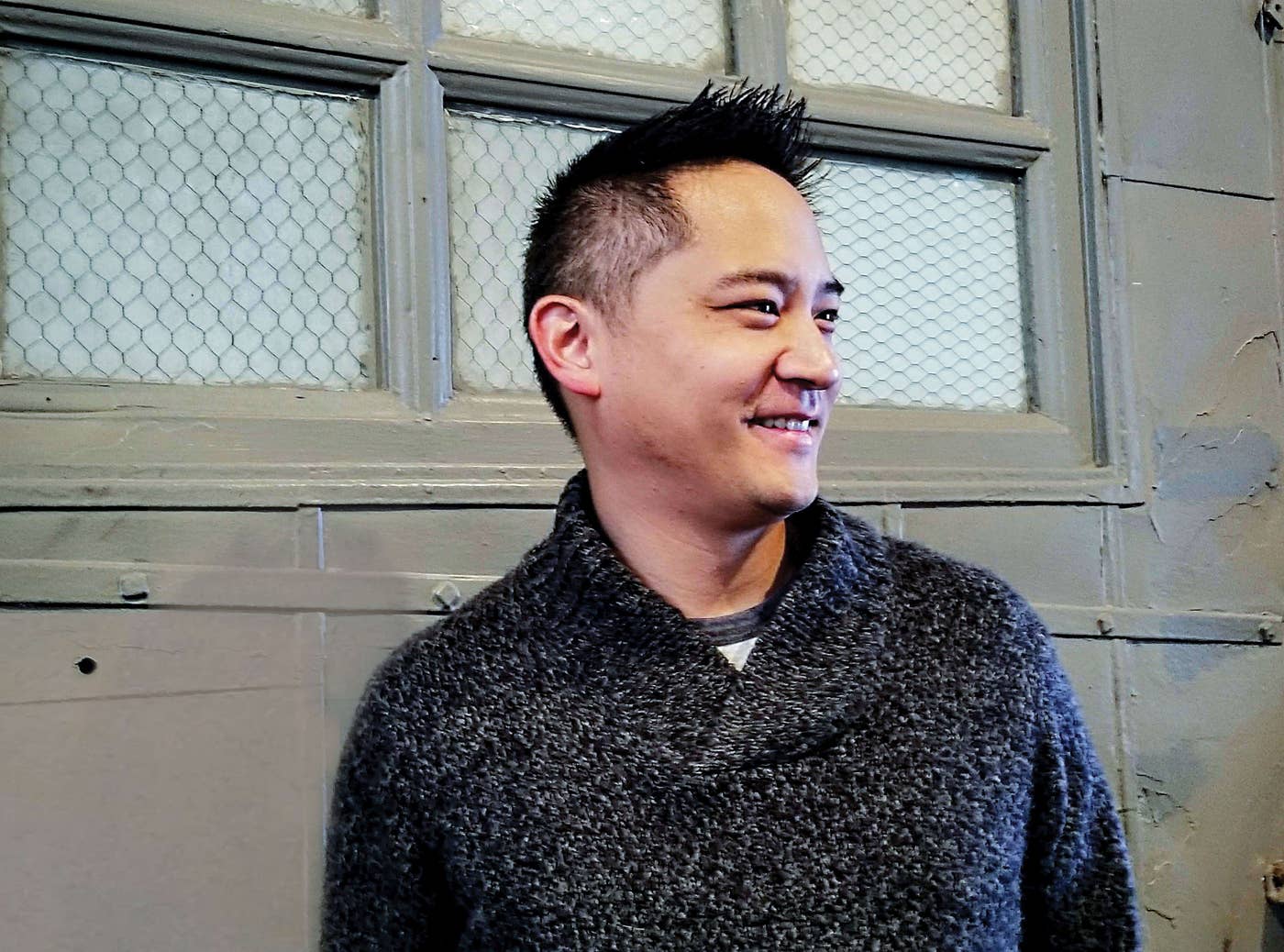 Chen’s previous two novels were standout stories that featured characters with emotional depth, this time the characters just happen to also have extraordinary powers. The Mind Robber (Jamie Sorenson) and the Throwing Star (Zoe Wong) meet at a memory loss support group and learn that they both have blank spots in their memories that begin exactly two years before. Their investigation to learn more about their past uncovers surprising similarities – their first memories are of waking up alone in apartments with single post-it notes for guidance – which take them into the path of a creepy pseudo-therapy centre called Telos and the novel never stops galloping along from there.

Using Zoe’s super-strength and Jamie’s ability to “stun” with his mind, they enact their plan to infiltrate the Telos facility to learn more about the work being done behind those expensive concrete walls. Of course, their investigation takes them in a direction that they hadn’t anticipated but it makes for a much more interesting story and allows the friendship between Zoe and Jamie to develop. Initially they found it difficult to see the good in one another, constantly on guard for a sneak attack by mind stun or super-strong kick to the stomach, but as the pages fly by, it’s easier for them to trust and instead of the romantic relationship you might assume would happen in a situation like this, they become companions that laugh and tease. Perhaps because they spent so much time alone, doubting themselves and worrying about the blank spaces in their minds, it was possible for them to connect on this deep emotional level. It’s one of the best pairings I’ve read in a while.

So, what happens to our superheroes? There is a massive final battle for the Mind Robber and the Throwing Star with guns firing, a murderous foe in a room filled with black tubes, and a fantastic chase scene. It turns out that the minds behind Telos wouldn’t stop at adapting memories and augmenting the powers of just two people, their dark plans could have an impact that would extend beyond their city. In trying to stop this from happening Jamie and Zoe face dangers that cause a reader to wonder if they can make it out alive. You might even start to hear a stirring classical soundtrack in your mind, it’s that kind of chapter.

It’s all thrilling in a great action-filled kind of way, but behind that there is a quiet rumbling of hope for poor lonely Zoe and Jamie to finally have found some peace. Sure, they are going to save the world, but could they also have found a friend to go out for coffee with once in a while? Someone to feed their cat when they are out of town? We Could Be Heroes reminds us that everyone – even those with incredible powers – needs someone they can count on.