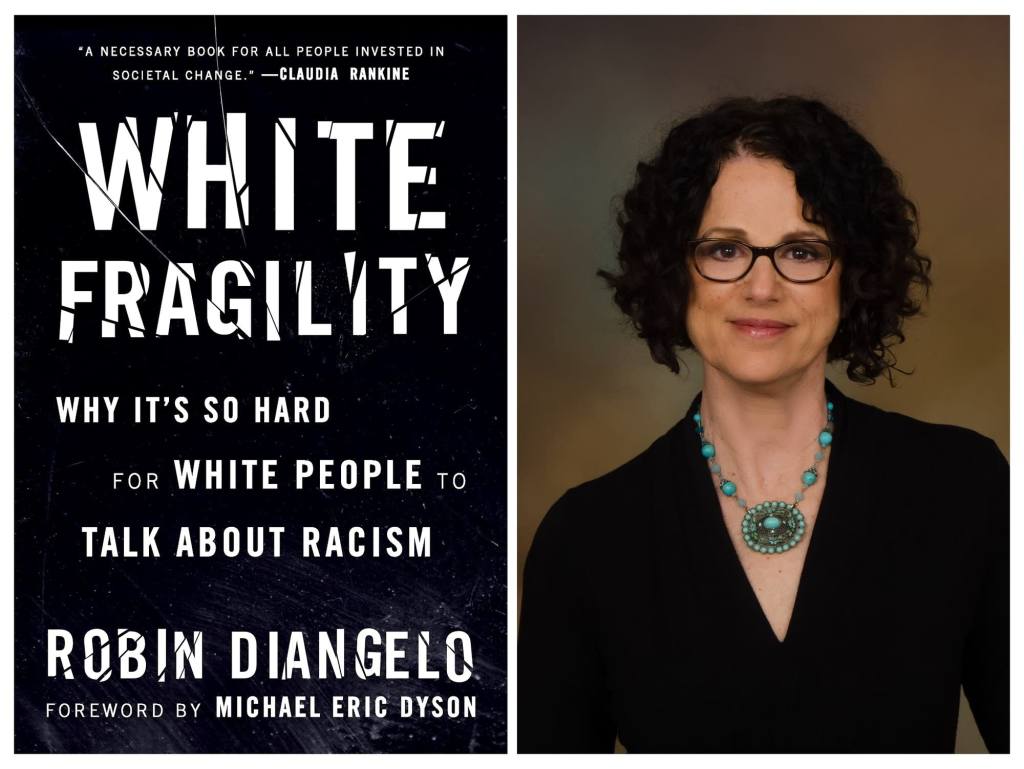 White Fragility should be required reading for every white person in North America! To be honest, I didn’t want to read it as I didn’t think I needed to…how wrong I was! I ended up listening to the e-audiobook twice and am going through a couple of the chapters again in print.

We Canadians like to be somewhat smug about our avoidance of some of the extreme examples of racism we have seen with our neighbour to the south. But the reality is we have all been raised with a sense of white supremacy and, much as we like to think that we haven’t succumbed to it, it is impossible to avoid. Robin Diangelo provides stunning evidence over and over again of the big and little ways our racist belief systems have been developed.

Some of the more notable teaching moments came when Diangelo discussed white people’s inherent sense of belonging. From the moment of our birth, our racism has been shaped by the whiteness of our experiences. Media, schools, religion, entertainment, literature, consumerism…
aspirationally, we have been shaped by white models of success, whether overtly or covertly. When you hear people pining for “the good old days”, she reminds the reader that they were only good for white people. On the barest moment of reflection, that should ring painfully evident.

Another chapter of the book that was like a knife to my heart is called “White Women’s Tears”. The opening paragraph begins…”The term white tears refers to all the ways, both literally
and metaphorically, that white fragility manifests itself through white people’s laments over how hard racism is on us”. Diangelo goes on to illustrate, with well-known examples, how when a white woman cries, a black man gets hurt. For white people to be insensitive to the agony of this chronicled reality for blacks is to ignore history.

The book is disturbing but thankfully, Diangelo doesn’t leave us hanging our heads in shame. We are left with concrete ways to work on deconstructing our racist beliefs and working towards a more empathetic and inclusive belief framework.