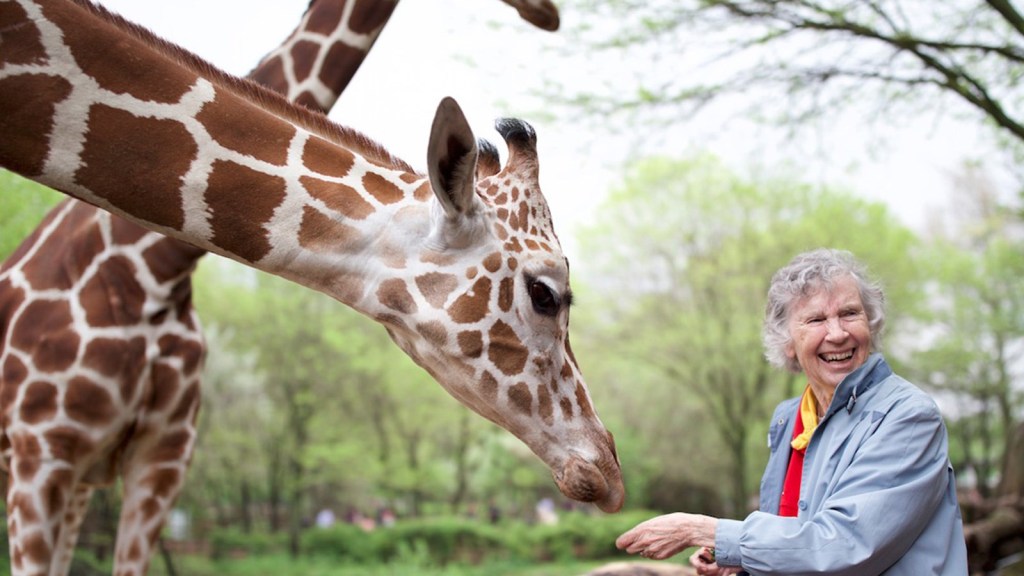 Anne Innis Dagg saw her first giraffe at age 3 during a zoo visit and the rest is history—and zoology too! That first, fateful glimpse of a giraffe led Waterloo’s own Dagg to a life-long passion and to her own future career path too.

The Woman Who Loves Giraffes (DVD) is an inspiring film about this amazing woman. Sixty-five years ago, armed with a degree in biology, Dagg set off alone to South Africa to study giraffes in the wild. She was not deterred by the fact that back in the 1950s women simply did not do that sort of thing. I’m just blown away by her bravery and determination. (To put her trip into context, this was four years before Jane Goodall went to study chimpanzees.) Have a look here at the trailer. 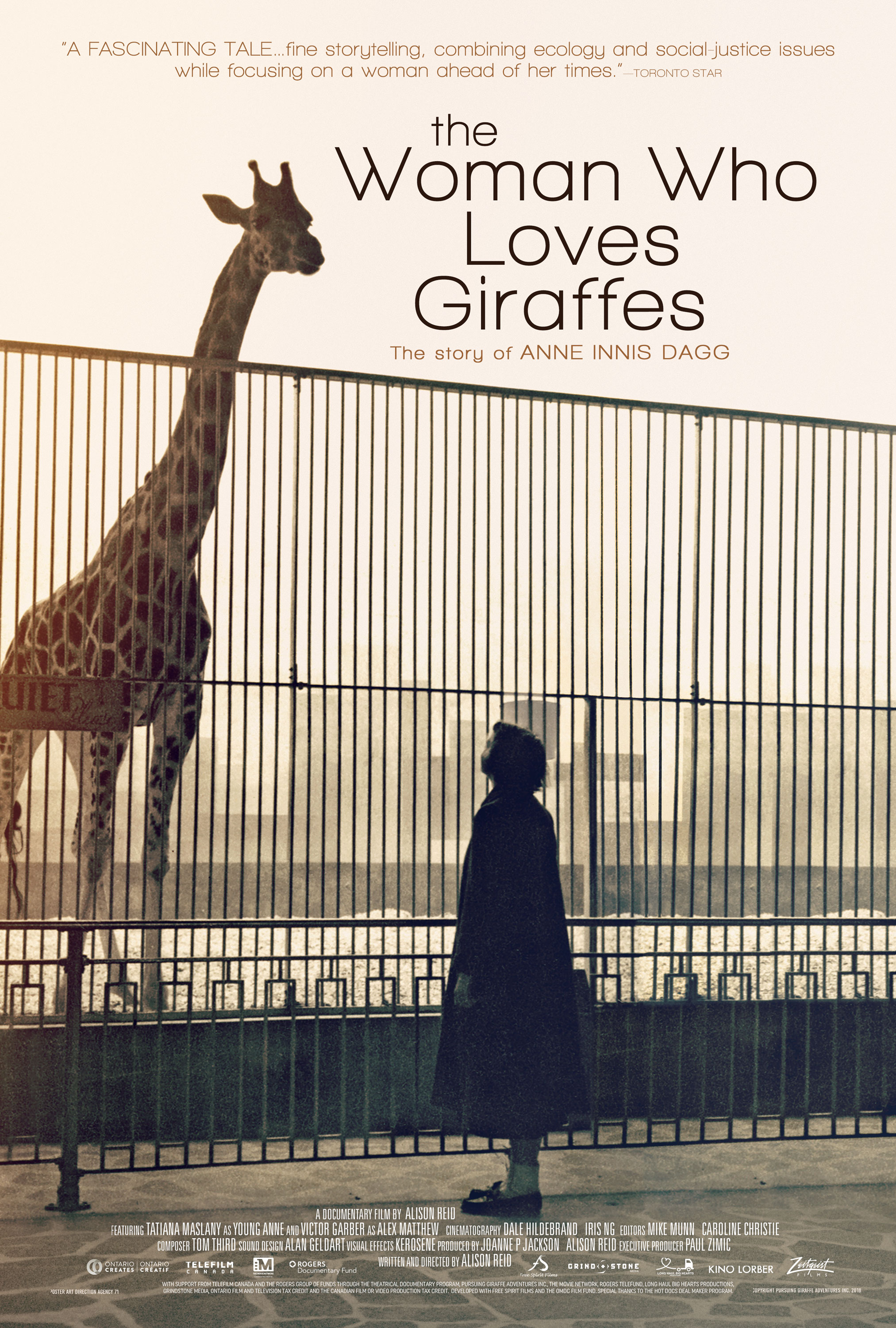 The film includes contemporary film footage and stills of Dagg, as well as present day interviews with her. During the months she spent in South Africa, Dagg spent up to 10 hours a day observing giraffes, photographing them, and taking copious notes about all aspects of their behaviour. Basically, she founded the study of giraffe biology.

The giraffe footage in the film is such a delight. Through Dagg’s excitement, I saw them with fresh eyes. What wondrous and wildly improbable creatures they are! Sadly, like so many wild animals, their numbers have declined rapidly in recent years and now their very future is threatened.

Dagg’s story takes a darker turn after she returned from Africa and earned a Ph.D. in zoology. She wanted to become a professor, but local universities refused to grant her tenure. Dagg is firmly convinced that sexism was the reason (and watching the film it is hard to disagree with her).

If you want to learn more about this remarkable woman, now 88 years old, you might want to check out her autobiography, Smitten by Giraffe.