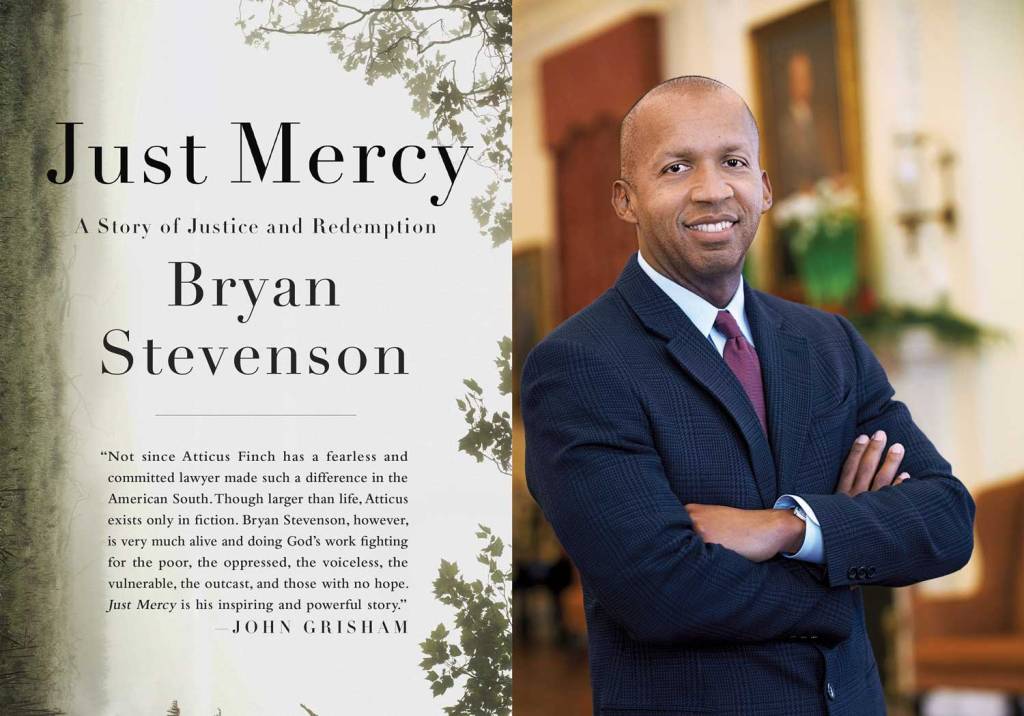 Just Mercy (book and DVD) is one powerful and thought-provoking story. Author Bryan Stevenson is a Harvard-educated lawyer who has worked for almost 40 years to bring justice to the poor and marginalized in the United States.

Stevenson touches on a number of his cases in the book, but focuses mainly on one story, that of Walter McMillan. McMillan, a black man from Alabama, was arrested for the murder of a white woman in the 1980s. Despite holes in the evidence that you could drive a truck through (including McMillan having a solid alibi), he was quickly tried, convicted and sentenced to death. McMillan served 6 years in prison before Stevenson was able to secure his release.

Before reading Just Mercy, I had never heard of Bryan Stevenson. It is obvious, palpable, from reading the author’s words, how deeply he cares about justice and how deeply he believes justice is meant to apply to everyone, rich and poor alike. This book and Bryan Stevenson impressed me no end.

And check out the movie version of Just Mercy too. It is on my “must see” list. The movie stars Jamie Foxx, Michael B. Jordan and Brie Larson and is scheduled to come out to DVD next month. Have a look at the trailer.

Looking for another book on this subject? Then I would recommend The Sun Does Shine by Anthony Ray Hinton. The author, a black man from Alabama, was wrongfully convicted of murdering two men. Bryan Stevenson played a leading role in this case too, helping to secure Hinton’s release but only after he had been imprisoned for 28 years (!). I think most of us would be broken by such a harrowing experience. Remarkably, Hinton came out of prison with his humanity, his dignity and his sense of humour intact. A compelling read.