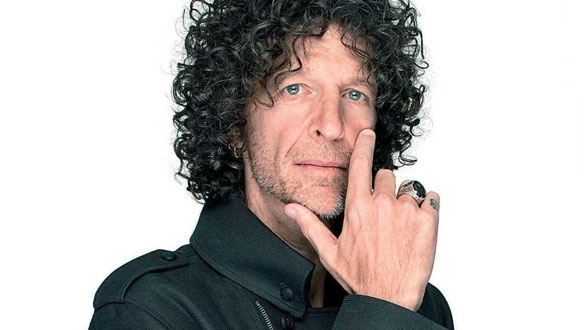 I never liked Howard Stern.  Shock for the sake of shock does not impress me. Back in the 1990’s he was all the kids in school could talk about. He was vulgar. He was lewd. He was indecent. The other kids thought he was awesome. I thought he was ridiculous. He was always fighting the FCC (Federal Communications Commission) and their censorship rules. All I could think was – you are fighting for freedom of expression and this is how you use it? For fart gags and explicit sex antics? What a waste. But then something interesting happened.

In 2004, Howard Stern left terrestrial radio for Sirius Satellite radio. On satellite he no longer had to worry about restrictions. He was free to be as provocative as he wanted. But after a short time his indecent format simply ….  fizzled. As Stern himself put it “you can’t be a rebel when there aren’t any rules.” And this is what led to him to create a serious interview format. For the first time he was asking his guests meaningful questions that brought out compelling answers.

Howard Stern Comes Again may be a cheeky title, but it’s a compilation of his best interviews. Stern has a way of connecting with his guests to get to the core of their identity. His interview with Madonna, for instance, focused a lot around her childhood. Her mother died when she was very young and he went in depth with questions about how that influenced her own views of motherhood.

Not everyone he interviews is an A-list celebrity. Steve Rannazzisi is famous for lying about escaping from the Twin Towers during 9/11. It wasn’t until many years later that it was discovered that he fabricated the entire story. Instead of blasting him for being a liar, Howard really got into why he felt the need to make such a false statement and how the aftermath affected his life.

There are several short interviews with Donald Trump. Spanning from 1995 to 2015 there is some really interesting material, especially knowing he would one day be elected President.  His views on his children, business, women and other politicians make for an interesting window into how his mind works.

Stern is also very open about his own transformation. He now looks back at his shock days with some embarrassment. He writes about his own narcissistic need to be number one in the ratings and would do whatever it took to stay on top. Psychotherapy helped him evolve into a more confident person who no longer needs to be validated by his ratings.

I certainly never thought I’d read a book written by Howard Stern, much less enjoy it. So even if you’ve never been a fan of Howard Stern, try checking it out. You may be surprised with what you’ll find.