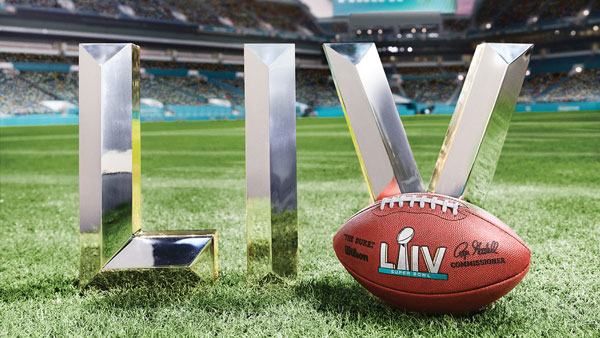 I went to a small high school with a phys ed teacher who taught everyone the same curriculum, female or male. Maybe because that is how he believed we should be taught or maybe because our classes were so small that he had to do it that way to fit everything into the day.  The end result was fantastic because every student learned to play every sport and feel like he believed we could do it.

Football was a favourite for our class despite the anemic conditions of our little football field. Although I never actually became very good, I did learn that it was fun to play a game casually after the school day ended, why it felt satisfying to play on a team, and have more than a passing interest when a professional game is on television. Football isn’t my favourite sport to watch but I love anticipating the celebrations that occur around the sport like Grey Cup, the Rose Bowl and the Super Bowl.

I grew up in Hamilton so the Tiger Cats (“Oskee Wee Wee!”) are closest to my heart but in late January I start to pay closer attention to the NFL standings and make plans for the big weekend.  This year will be the 54th Super Bowl game but with this being the end of their 100th season, the NFL must be adding in something extra-special for sure.  This year’s game will be one to watch and to make plans for.

Watching professional sports on television can be a an exercise in frustration because it separates the pleasure of the game from the massive business it has become.  It ceases to be just about the fun of competition and all about the marketing and money.  If we could just go back to watching a game like we did 25 years ago without the endless brouhaha of sponsorship and graphics I think I would be a much happier viewer (and possibly watch more games).  To get back to the basics of why football is a game that people are so drawn to it can be a treat to learn about the lives of the players.  Find out more about what they were like when they were young, what is was like when they played on college teams, and what life is like after they stop being part of a professional organization.

The transition to post-professional sports life is rarely  a smooth one and reading the life stories of these athletes absolutely makes you take a second look when you see them on the field or bouncing around on the sidelines each week.  Some of my favourites have been John Urschel’s story of playing at Penn State and then for the Baltimore Ravens (and working on his PhD at MIT) and Leland Melvin‘s perfectly titled “Chasing Space” in which he shares his experience of being drafted by the Detroit Lions, playing briefly, before joining NASA where he was selected to be an astronaut for the STS-122 and STS-129 Space Shuttle Atlantis missions.  In both books the reader learns about their passion for the game, what it feels like to be a part of the NFL machine, and how it feels when that world is closed to you.

Both Melvin and Urschel share similar stories about their strong relationships with their team and the value of depending on that team to reach a successful goal but they played the sport during very different times for the National Football League.  Melvin was born in 1964 and played professional football in 1986 while Urschel wasn’t even born until 1991 and took his first steps as a Raven in 2014.  Incremental changes happen in professional football every year but a major change has been brewing for decades and it is one that he talks about in his book.

Urschel was aware, even as a young player, that concussions could occur in games and practices but kept playing the game that he loved.  A severe concussion in 2015 left him unable to function normally for weeks, even to do the equations he loved, and eventually led to his decision to end his professional football career before the long-term effects of multiple injuries became more severe.  Urschel is just one of several NFL players who retired earlier than is considered normal.  If you do an Internet search on NFL players who retired early due to concerns over concussions you find news articles galore.  It’s so worth reading Concussion, the book that tied all of the concussion facts into one compelling story, by journalist Jeanne Marie Laskas.  She meets Dr. Bennet Omalu, a pathologist in Pittsburgh, as he is studying the brain of a former Pittsburg Steeler player.  When she learns of the research that he is doing to tie brain injuries to horrifying Alzheimer-like symptoms she turns her magazine article into a book about the research, the players impacted by these injuries, and the NFL’s lack of response to Omalu’s work.

Her book (and the movie based on the book) was written in 2015 and there have been developments in medical research using brains donated by former NFL players, and some movement by the NFL, but it is a chance to learn more about the lives of the players who didn’t know enough about brain injuries to stop playing early.  Reading it is another chance to be more aware of the issues facing the players who provide this entertainment – whether you wear a team jersey while you watch, travel to the U.S. to see games regularly, or are just a casual fan.

And, speaking of entertainment, many people use the Super Bowl as a chance to gather with family and friends each year.  Any opportunity to forget about the cold and snow is welcome in many places where the game will be watched, although it will be played in Miami so they won’t be concerned about colder temperatures for the players this year.  If you are looking for inspiration in planning your party we have so many fantastic cookbooks on the shelf for you to try out.  Pick a cuisine and we have the cookbook for you.  A wonderful choice for entertaining is Platters and Boards by a vegetarian and meat-eater couple who wrote and photographed the book.  If you haven’t taken this home yet, well, it is perfection in a cookbook!  There isn’t an entertaining event that could not be improved by this book, either by the suggestions they make for creating a ‘board’ of food to share with your guests, or by the fantastic recipes they have included.  For a football party you could try their “Movie Night Board” or the “Southern-style Board” or just pick and choose from individual recipes like their tasty dipping sauces, spreads and crackers.  It’s really the ideal book and beautifully photographed so you can just hold it in your lap and dream (say, if you plan on ordering in but still want to look at a gorgeous book).  Most of our current magazines that feature food have also included football-themed recipes and you can find them on the shelves or through our Digital Library.  With Press Reader you can see Oprah, Taste of Home and the Food Network magazines featuring some healthy, and less-than-healthy, ways to enjoy game day.  So delicious!

So whether you have been watching the Super Bowl since you were a toddler, regularly play a Sunday afternoon touch football game with friends, or just like a chance to cook up a big pile of wings and nachos, we have all of the resources available to make it an absolutely fantastic day.  Also, Jennifer Lopez is doing the half-time show with Shakira, and J. Lo doesn’t do anything half-way so you really need to be ready.