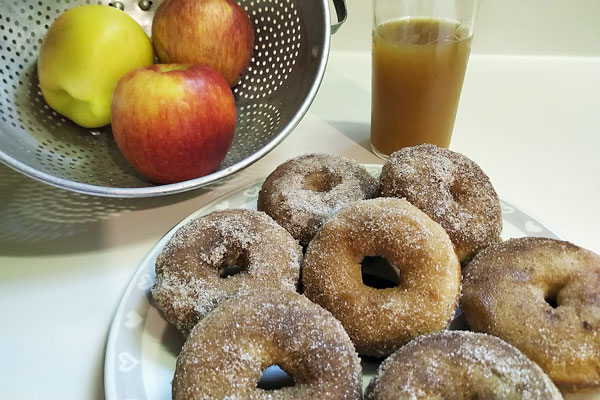 I always wanted to have fruit trees in my garden. Growing up, we had a wonderful garden. It had a pool, a fishpond, a forest behind and, thanks to hard work and planning by my Mum, lots of interesting shade plants. But no fruit trees. In my own adult life, I’ve always had a garden, mostly flowers but with some veg. When we moved to our current home we discovered there was a mulberry tree in the backyard. Not one of the little, ornamental, “weeping” mulberries that are so popular in landscaping but a full sized mulberry.

The first few years the berry crop wasn’t overwhelming but obviously as the tree matures, and the fact that it is super healthy, means it is now producing lots of berries. Lots and lots and LOTS of berries. Thousands of ripe berries fall from this beautiful tree daily. We can’t keep up. The birds can’t keep up. And the sweet, juicy berries make a mess underfoot, staining anything that touches them.

This year we looked into tenting the whole tree and harvesting the berries but, (1) it’s expensive and (2) we’d need to set up a market to get rid of them! Instead, we created a homemade hammock to catch at least some of the fruit. At the height of mulberry season we were gathering c 2 large mixing bowls full…per day. Yes. Per day. But what to do with it? Mulberries don’t freeze well so it was time to get baking and, as luck would have it, I had a few cookbooks at home from WPL’s wonderful collection to help me out. 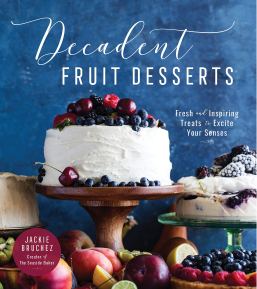 Decadent Fruit Desserts by Jackie Bruchez looked just the thing although my results ended up being mixed. The Blueberry (substitute Mulberry) Pound Cake had a light batter and rose beautifully. I successfully administered the toothpick test and tapped the top. All good…or not. When I removed it from the oven it held its shape for a while then very slowly started to sink. And sink. The very middle was semi-baked. The sides and ends and bottom, about 2” around, were baked beautifully. We ate the baked part and it was lovely but how disappointing.

Next up was Blue/Mulberry Mousse. Only 6 ingredients and very simple instructions. The colour of the resulting mousse was amazing and it was as light as air. This recipe will definitely be used again with other berries in the future. I also made the Fresh Rasp/Mulberry Lime Cake. Once again, the ingredient list was simple as were the instructions. I opted to make cupcakes instead of a triple-layer cake and, while they were good, I felt there was a distinct lack of flavour. The cream cheese frosting helped save them but again, this recipe is not one I’d be revisiting. 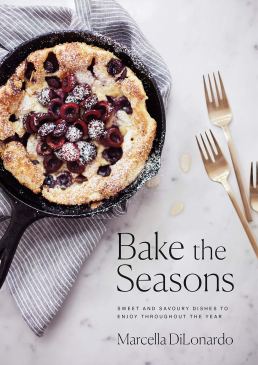 The other book I had borrowed was Bake the Seasons by photographer and baker Marcella DiLonardo from Fonthill, Ontario. As you might imagine, the recipes are divided by the seasons. Soooo many tempting recipes. In the end I tried 4. Two were good, and used up more mulberries, but weren’t ones I’d make again. After that I needed some mulberry-free baking (there’s just so many you can eat) so I tried the Lemon Lavender Shortbread. The end product was good, but I needed quite a bit less flour than called for (and even then the dough needed a little ice water to make it pliable for rolling out) and some lemon essence for more “zing” as the only “lemon” in the recipe was zest. If I’m eating something with lemon in it, I want to know it!

My final test recipe was Baked Apple Cider Doughnuts and they were, well, awesome. The recipe made 24 medium-sized donuts (about ½ the size of Timmie’s), perfect for sharing with family over the weekend. Apple and cinnamon, classic flavour combo and so moist. I used a Pampered Chef donut pan and piped the dough into the pan which is the best way to get even donuts and no mess. I will definitely be revisiting this book in the dead of winter to try things like “Pumpkin Ginger Waffles” and “Butternut Squash Mac & Cheese” but let’s not think of winter. Let’s savour summer and all that comes with it, including mulberries. Goal for next summer: mulberry gin. Stay tuned!

Preheat oven to 375F. Lightly grease a 6 or 12 mould doughnut pan. Set aside.

In large bowl combine ½ c of the melted butter, ½ c of the granulated sugar, brown sugar, eggs and vanilla. Beat until fluffy; about 2 minutes. Add cider and milk and beat until incorporated.

Stir in flour, powder, 1 tsp of cinnamon and salt. Stir until smooth.

Spoon batter into moulds, filling ¾ full. Bake for 15 minutes or until tops are golden brown and a toothpick inserted comes out clean of crumbs.

Cool in the pan for 2 minutes before turning out onto rack to cool completely. Repeat to make more doughnuts.

When cool, stir together the remaining 1 c of sugar with ¼ c of cinnamon (or less, depending on taste). *Dip each side of the dough in the remaining melted butter then roll in cinnamon sugar. Serve immediately or store in airtight container at room temperature for up to 2 days or in the freezer for up to 2 weeks.