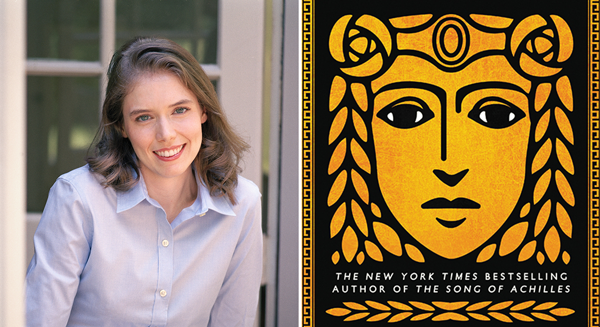 You know how friends get together and participate in those fantasy sports leagues by choosing their favourite players in a particular sport, each person putting in a wager, tracking the statistics throughout a season, and then determining the winner at the end based on who amassed the greatest number of points? I’ve known people to do this for hockey, baseball, and basketball. Even for a period of time the TV show The League was very popular at our house with six Chicago high school friends who ran an incredibly competitive – and completely absurd – fantasy football league.

It’s fun. I get it. I can see how the thrill of trash talking about your favourite sports and players is a blast but it has always left me feeling cold. I watch sports, have played on a few adult rec teams, and certainly drive my kids to arenas and fields all year long but participating in one of these fantasy leagues has just never held any thrill for me.

Until recently when I was thinking that it could be possible to set something similar up for a publishing season. A group of friends could choose 5-10 authors who are publishing books that season and see how their books do in a set period of time with the markers for success being agreed upon ahead of time (as we wouldn’t be able to use the typical scoring stats available through runs, points scored or touchdowns). We could say that a starred review in Publishers Weekly or Kirkus was worth one point and a front page review in the New York Times Book Review with a colour illustration would be worth two points. If the author was interviewed on a major television network they would get three points and if they got a radio interview it would be two and on from there. The wager would be, of course, each person putting a gift certificate from Words Worth Books into the pot. At the end of the season we would tally up how well authors did and the first place winner would get all of the gift certificates. I think it would be so much fun to predict how well a book would do and take a risk on a debut author. Don’t you think?

I was musing over this because I recently read a book that I had refused to read – stubbornly – because every reviewer said that I had to read it. It was a ‘must read’ on every possible list. Madeleine Miller’s Circe was lauded by Kirkus, Library Journal and Publishers Weekly with starred reviews and glowing words of praise. NPR, Esquire, Cosmopolitan (!), The Boston Globe, The Millions and Book Riot all said it was on their list of books that you had to read for this year and The Guardian said it was “…unmissable culture for 2018.” I felt that every time I heard or read another thing about this witch’s tale I was more unlikely to read it. I felt like a toddler being led to steamed vegetables. No can do.

And then I heard an interview with author Madeline Miller where she read aloud from her book and shared a moment from the character’s first days as a new mother. She is walking with her infant and says that her son doesn’t like the sun, doesn’t like the wind, is unhappy on his back, is unhappy when placed on his stomach and doesn’t even cease to cry when she carries him but at least when he cries she has the consolation that he is still alive. I’m just remembering the bare bones of the words she used to share these feelings but it was so moving that it took me back to those early days when you have your first child and you hover outside the door after the baby is asleep – relieved that they are asleep but terrified that the silence means that they might have stopped breathing instead. I knew that this Madeleine Miller was someone I wanted to get to know through her writing.

Circe’s story is one you might have heard before as she is the daughter of the Greek sun-god Helios who grows into the powerful witch who can turn passing sailors into pigs. A useful skill. The author has given us a chance to meet Circe as a young girl who is unloved by her parents, shunned by everyone in the golden court and banished to live alone on an island where she starts to develop her skills with herbs and witchcraft. Her determined spirit and uncompromising nature make her a character to love and when she starts to finds her footing on the island you are completely won over. Through the book Circe meets Daedallus, the Minotaur, Athena, Medea, Odysseus, Zeus, turns so many men into pigs, performs an emergency C-section, casts spells, welcomes thieves and worse into her home, finds love and has her own beautiful son.

Sure, it’s a lot to fit into a lifetime, even for a goddess like Circe, but the moments in the book that seemed most beautiful were the ones where she seemed like someone we all know right now. In 2018. A powerful, thoughtful woman who is struggling to do what is right. At the end of the novel it really did seem like she would fit in with other wonderful female characters I’d read lately – as if she were from An American Marriage or That Kind of Mother. Her friends and lovers were just as real and present for me. All of those reviewers were right this time. I’m adding my voice to their chorus. This is the book that you have to read.

So, I’m just letting you know that in the fantasy authors league that I’m thinking of running, Madeleine Miller will be my first draft pick.