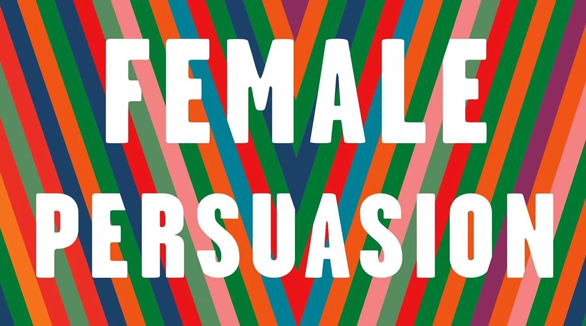 Meg Wolitzer has been tearing up the bestseller list as well as the airwaves this spring with the release of her newest book, The Female Persuasion. Just listen to her interview on Q . 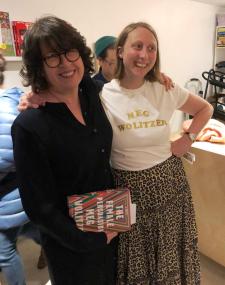 I read The Interestings last year and I enjoyed it, however it was not until I read her latest novel that I truly understood the genius that is Meg Wolitzer and why another of my favourite authors, Emma Straub, felt the need to make herself a t-shirt with Meg’s name on it. I would wear a t-shirt with either of their names on it any day of the week!

This is a big novel, the kind you get muscles from because for the week you are reading it, you never put it down. The novel tells the story of Greer Kadetsky, a college student who left home to get away from her pothead, negligent parents to make something of herself. Greer knows she has something to offer the world and that when she can get over being so shy and figure out what it is, she is going to be amazing.

One night at a party, she is groped by a stranger who ends up being someone who has assaulted numerous women on campus. Greer begins to get her voice and speak up with her friend, Zoe (they make t-shirts too!) only to fall short when the male is given a mere slap on the wrist. One night, she and Zoe attend a speaking event featuring the very famous feminist, Faith Frank, think Gloria Steinem with awesome boots. After the talk, Greer meets Faith in the washroom and this meeting is the jumping off point for the rest of Greer’s life.

The novel tells the story of these women over the years, as well as Cory, Greer’s high school boyfriend. He may end up being the strongest demonstrator of equal rights when he is forced to give up his career and take care of his family. His feminism is quiet and shows it doesn’t need to be in the spotlight. His story is heart wrenching and beautifully written, perfectly juxtaposed with the fame Greer gains as she grows into herself as a writer and activist. The evolution of their relationship was real and never felt manipulated.

Wolitzer has written a story of relationships within the story of Greer’s coming of age. She writes of female triumphs and the roadblocks and setbacks often caused by men. She shows the ways women can lift each other up – the theme of mentoring is a dominant one – but also how badly they can hurt each other. This book is a new favourite of mine for sure and I will definitely be reading the rest the Wolitzer’s backlist.